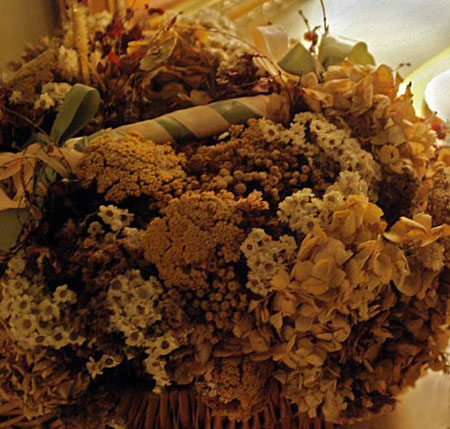 As Al Gore famously pointed out in his award winning documentary, “An Inconvenient Truth”

It’s inconvenient to have to be mindful

of the effect of virtually everything

we do, buy, consume and dispose.

Can we  just buy stuff anymore without a twinge of guilt if it isn’t at least a little “greenish”?  Or is it enough to compensate for our “indulgence” with some sort of acceptable hedge position like offsetting our carbon footprint.

It’s either a cosmic joke or a lesson from Mother Nature that reduced cash flow in a sinking economy dove-tails so well with green living.

By necessity, most of us will have to do, buy, consume and dispose less than we used to. There is such a glut of “how-to green” books for building, renovation, decorating and just plain green living, on the market in the last year there had been a subsequent push-back by the publishing houses in defense of other topics.

As they say: “The truth is out there”

In fact, the truth is out there to such an extent that it’s impossible not to be overwhelmed with the amount of information available now.

overwhelm, as you well know, is one of the main reasonsto put off addressing anything.

Think about this: The air in your home can be two to five times as polluted as the air outside because of what you bring in, how it’s made and what products you use around the house.

Clearly you will want to get off stuck soon…

Where do you start?  What’s “green enough”?  There are few approaches used to answer this question:

Or in the interest of  “green transparency”…

“The best way is to reduce any environmental impact is not to re-cycle more, but to produce and dispose of less.”

From “Use Less Stuff:  Environmental Solutions for Who We really Are” – Lilienfeld and Rathje – 1998

In his book, “Cradle to Cradle – Remaking the Way We Make Things”, William McDonough has a chapter that explains “Why Being Less Bad Is No Good”. In general, Mr. McDonough makes excellent arguments that will spoil any false hopes you may have that a little green is significantly better than not at all.  As a primer for getting real while you’re getting green, it’s a must.

As far as home design goes, it would appear that antique, vintage and flea market finds are the new black, if you will pardon an overused expression.

(How Green Is My Home? Three Part Series)

How Green Is My Home? #2: No Bliss In Ignorance

How Green Is My Home? #3: More Wake-Up Calls